Frequency Foundation
Twice the Energy with Half the Stress
Close
HomeBlogUncategorizedCarcinogeneris: How does it work and how can...

Carcinogeneris: How does it work and how can we affect the mechanism? 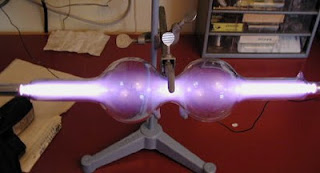 I have received some useful feedback from the Rifers list on the treatment of current cancer by dietary and supplement factors. It is well known among cancer researchers that the majority of cancers are caused by lifestyle factors, so changing lifestyle is critical in dealing with this problem. It is also known by Qiqong teachers that Qiqong alone can cure many cancers and regular practice of Chi Lel or other medical Tai Chi should be used extensively in prevention and assisting cure.

The definition of cure was also discussed because tumor removal is not necessarily a cure. There may be malignant cells remaining or premalignant cells that will advance to malignancy that could cause regrowth of the tumor or new tumors at a later date.

Here I am concerned with the mechanism of carcinogenesis. There are many people with lousy lifestyles and no exercise program that do not get cancer. Is it possible to turn a couch potato with cancer into one of those without cancer by affection the cellular mechanism?

Or more realistically, when an individual has already made major lifestyle and nutrition changes and still cannot free themselves from a tumor they have, is it possible to help them?

Furthermore, if a tumor is progressing so rapidly that lifestyle changes cannot work quickly enough to be effective before death, is it possible to help that person? And if Rife were able to do this, how was he affecting the mechanism of carcinogenesis as we understand it today?

My working hypothesis is that square wave electromagnetic fields with sufficient power at the right location and at the right frequency will affect the mechanism of carcinogenesis in such a way as to return transformed cells that have not reach the stage of uncontrolled growth to normal behavior, and stop cellular mitosis in those cells that have gone into the uncontrolled growth phase, resulting in a person that is completely free of malignant cells, even though significant tumor mass remains. Lifestyle, nutrition, exercise, homeopathic, and other approaches can then be used to deal with remaining non-malignant tumor mass at a leisurely pace.

One more critical piece of background information is essential to make the argument for this working hypothesis. Recently the following paper was noted on the Rifers list. In my view, it did not receive enough discussion because it may be the most important paper yet published for those interested in Rife approaches to elimination of disease. In particular it demonstrates that mitosis of cancer cells can be stopped with electromagnetic fields while leaving normal cells unaffected.

A version of this paper is on the web and the section I mention here can be found at:
http://www.unimedecine.net/inglese/natural_ther/frontiere4.htm

-quote-
Studies recently carried out rein­force the hypothesis that differ­ent classes of proteins change in response to electricai field forces induced by osciliating eiectric and electromagnetic fields at pre­determined frequencies and intensities, and suggest that there couid be biological effects that might halt the mitosis of neoplas­tic cells. The use of a static mag­netic fieid of 5 mT for 50 to 60 minutes has changed the lectinici bonds of specific sites on the mem­brane surface of erythrocites with a consequent alteration of the ATP content (104). The variation of the lectinici bonds is consid­ered by the authors as an indica­tor in the changes of the glyco­proteinic complex.

Pulsed square wave magnetic fields with a frequency of 10 Hz and an intensity of 10 mT on ani­mals in vivo modified some bio­chemicai blood parameters and produced significant effects on the erythrocite count and the concen­tration of hemoglobin, calcium, and plasmatic proteins. The mechanisms of the observed ef­fects are probabiy tied to the in­fluence of the magnetic fields on the ionic permeability and capaci­tive reactance of the membrane due to changes in its lipid com­ponent, on the iiquid crystalline structure, and on the enzymatic activity of the ionic pumps depen­dent on ATPasi.

Fields of 2 KV/m with frequen­cies from 1 KHz up to 1 MHz ac­tivate the Na+ and K+ pumps in the ATPasi in human erythrocites. The authors suggest that the in­teractions that permit the free energetic coupling between the hydrolysis of the ATP and the pumping of the ions is of the coulomb type.

The results obtained indicate that only the ionic modes of transport necessary for the synthesis of the ATP for specific physioiogical conditions were influenced by the applied electrical field, and some types of reactions are not expli­cable in chemical terms but only as related to electrogenic effects (106). The use of puised square wave electric fieids with an am­piitude of 1050 voIts, an impulse width of 100 microseconds, and a frequency of 1 Hz have streng­thened the anti-neoplastic effect of the bleomicina in the growth of fibro-sarcoma SA-i, maiignant melanoma Bi6, and Ehriich as­citic tumors (EAT) (107, 108). Electromagnetic fields at a fre­quency of 7 MHz have been mea­sured concomitant with celi mi­tosis in culture yeast cells (109). It is known that the ciclines (e.g., P16 and P2i) have an important role in the processes of mitosis on cancer cells (110) The ciclines use the terso P. of the ATP.

Classically this second type of in­terpretation has produced funda­mental clinical instruments, such as, for example the electrocardio­gram, the electroencephalogram, and more recently the nuclear magnetic resonance. The interest in the study of the interactions between electromag­netic fields and living matter is placed, therefore, on three levels:

2. Diagnosis-the way endog­enous bio-electric signals and weak electrical and magnetic fields, associated with bio-moi­ecules correlate to the state of health

3. Treatment-the way biological structures and functions can be modulated by means of electromagnetic fields
-end quote-