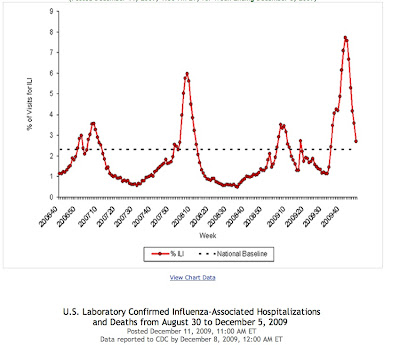 Now that the swine flu epidemic is winding down and the fear, panic, and greed are subsiding we might look at this event more objectively and start holding certain individuals more accountable for their behavior. In the financial community, there is at least some investigation of the causes of the  financial crisis. Could we at least do as well in investigating the healthcare business?

Healthcare policy is affected by corruption and given what is going on in the world it is interesting to see which countries are most corrupt. Iceland and Finland are the least corrupt countries in the world which might explain the position of the former Health Minister of Finland. The U.S. is number 17 after most western European countries and just before France. There are clearly many countries that you would want to avoid. See Nationmaster.com.

Denmark and Sweden are in the top six clean countries and their news is reporting on suspected bribes in the WHO vaccine business. You probably won’t hear about it in the U.S.  as there are too few real journalists left to follow the money.
———
Swine-flu bribe fever!
U.N.’s H1N1 scientists linked to companies making vaccine
Posted: December 07, 2009

Meanwhile, pharmaceutical profits from swine-flu related drugs have soared – with earnings between $10 billion and $15 billion in 2009, investment bank JP Morgan estimates.
________
“Many doctors are afraid that Swine Flu vaccines will actually be more deadly than the swine flu itself and will not give the injections to their kids. Doctors do not notice that they are harming and even killing infants with their childhood immunization programs because they don’t even bother to look. It is hard to understand how some very intelligent people, fully educated to the dangers of vaccines, can still not come out clearly against them.

“Dr. Jürgen Seefeldt, a specialist in internal medicine from Paderborn Germany got it right sending an open letter to the Dr Susanne Stöcker, an official from the German drug regulator, the Paul Ehrlich Institute, pointing out the reason why her statement in the media that the “swine flu” jab was not risky was an “infamous lie”. Seefeldt systematically lists the dangers of squalene and mercury citing relevant scientific literature. He also notes that these toxic ingredients are not necessary for making a vaccine. “You should desist in future in the interest of the rest of the population from making false statements of this kind and to put your efforts and energy into making swine flu vaccines without squalene and mercury,” he writes. And now the entire country is outraged because special vaccines without squalene and mercury were prepared and offered to government employees and the military.”
Mark Sircus Ac., OMD