Frequency Foundation
Twice the Energy with Half the Stress
Close
HomeBlogLyme DiseaseLyme: It’s not what your doctor is...

Lyme: It’s not what your doctor is telling you it is! 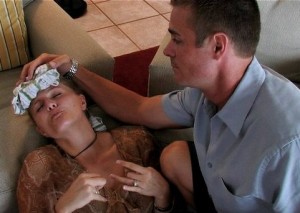 Lyme Cover Up Rages On
Submitted by Lois Rain on July 1, 2011 – 9:16 pm
What have you heard about tickborne Lyme for the last 30 years? That it’s rare, scary, acute, treatable… The government warns about its spread and implores people to go to a doctor upon seeing the telltale bulls-eye rash. What happens when they actually do?
Many have researched the controversial beginnings of Lyme disease, but this article focuses on what happens to victims when they contract it and what they can do now.
Under Our Skin is a documentary that lends a voice to the many who in fact suffer from chronic Lyme and are victims of a greater abomination.
Why do conventional doctors tell them it’s in their head? Why won’t they quickly test for it? Treat it? Acknowledge it? Why do medical boards shut down doctors who can treat and cure Lyme?
Lyme’s Disease is NOT RARE – Bigger Than AIDS
In the late 70s, a Lyme, Connecticut mom reported a mysterious new disease sweeping the town, leaving its people with debilitating, chronic symptoms. In 1981, Dr. Willy Burgdorfer discovered the Lyme bacteria, called Borrelia burgdorferi.

The bacteria spirochetes closely resemble syphilis in their make up. While a carrier tick is feeding, its backwash enters the host and transmits Lyme. The corkscrew spirochetes wreak havoc, drilling into any healthy cells and tissue. They create painful, crippling neurological and immunological damage.
In the beginning, doctors only knew that it resembled syphilis but remained unaware of its wide spread, how to proceed, and the political, medical clash that awaited them.
In recent years, the CDC has reported over 35,000 new Lyme cases annually but admit that since it is so overlooked the actual number may be 12 times higher, up to 420,000 cases each year.
Think of how much more likely it is to contract Lyme than the media-touted West Nile virus which is only reported at around 1,300 cases annually. If the actual number of Lyme cases is even just a modest amount above the CDC’s 35,000, then Lyme is far more prevalent than AIDS, reported at 39,000 cases annually.
Since 1982, the number of cases continues to climb and spike prompting media reports and health officials to label it epidemic as early as 1989. Reported cases have tripled since 1992. Every summer we hear the same cautionary reports. Yet doctors constantly tell their patients “You don’t have Lyme” or “Lyme only happens in such-and-such state, not here.”
Lyme is a national health crisis in every state and has traveled the globe! Read more …