Frequency Foundation
Twice the Energy with Half the Stress
Close
HomeBlogUncategorizedAre Genetically Engineered Mosquitoes the...

Are Genetically Engineered Mosquitoes the Answer to Quell Dengue Fever? 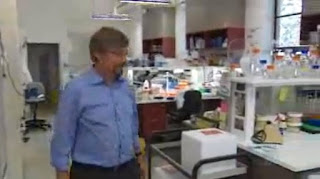 Australian research scientists have developed a strategy for fighting Dengue fever, a viral disease spread by mosquitoes that affects more than 50 million people annually and causes fever and crippling joint and muscle pain—and in some cases even death.
Dengue kills FAR more people worldwide than influenza, yet it is rarely even mentioned by Western media.
A bacterium named Wolbachiapipientis naturally infects many insect species and has the ability to interfere with its host’s reproductive ability in such a way that entire populations become infected within just a few generationsi. When Wolbachia infects mosquitoes, the mosquitoes’ ability to transmit Dengue virus is almost completely blocked.
Researchers are encouraged that these bacterially infected mosquitoes are safe to humans and, once set loose, are capable of spreading on their own and overtaking the wild mosquito populations that transmit disease to humans.
In two northern Australian towns, between 10,000 and 20,000 of these infected mozzies were released (“mozzie” is Australian for mosquito), and wild mosquito infection rates neared 100 percent—meaning, mosquitoes that can infect humans were almost completely replaced by the ones that can’t.
This approach is a change from the swarms of genetically engineered mosquitoes being bred by companies like Oxitec, a British biotechnology company that has released millions of mutant mosquitoes into the fields of unsuspecting Australians.
Oxitec has found a way to genetically manipulate Aedes aegypti, the mosquito species mainly responsible for transmitting Dengue and yellow fever viruses to humans. These “frankenskeeters” represent a new and terrifying twist in potential GMO (genetically modified organisms) dangers—another product of modern science outpacing common sense when big money is thrown into the equation.