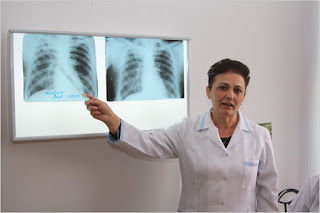 XDR-TB: Tuberculosis Frequencies Version 2.0 by Jeff Sutherland is licensed under a Creative Commons Attribution-Noncommercial-Share Alike 3.0 United States License. Based on a work at frequencyfoundation.com.

All frequencies are based on original research on thousands of people, animals, microscopic slides, and high-resolution digital photos and microscopic images of the actual organisms. The Frequency Foundation database contains many gigabytes of original raw frequency data from a decade of research and these data are researched and refined to continually update frequency sets. For questions, errors, or omissions contact: info@frequencyfoundation.com. Frequencies are for research purposes only and may be helpful, harmful, or ineffective depending on how they are used. These programs may generate negative side effects in the form of Herxheimer reactions or other phenomenon and are only to be used by other researchers for experimentation at their own risk.

Ongoing research added another strain of XDB-TB and parasites associated with this organism.

The New York Times recently provided new photos on a case of drug resistant tuberculosis that are useful for enhancing the tuberculosis frequency set. Many cases have been examined by the Frequency Foundation through electronic media and all cases have the same virus associated with the tuberculosis organism. This virus has been added to the frequency set. It appears that a number of persistent bacteria harbor a virus that helps protect them by reducing immune function and, in this case, reducing respiratory function. Fortunately, it is remarkably easy to eliminate this complex of organisms with frequencies.

From the point of view of frequency research, XDR-TB, MDR-TB, and TB are very different organisms. Each is included in the attached frequency set. There may be additional strains and there may be other helper viruses. That is a topic for future research when modifications are needed to eliminate new strains of the organisms.
In the 1980’s, after spending many years as a professor at the University of Colorado School of Medicine, it was clear that drug technology is a 1940’s technology that will not take us into the future. Suppression of innovation in medicine by business interests has assured that we will not have the technology of the future until enough people die unnecessarily that people start demanding something different. For example, I recently suggested to a physician at one of the world’s largest non-profit organizations trying to eradicate tuberculosis and malaria that they try some frequency work. I was told if they experimented with frequency devices they would lose all their grants. Innovation is being systematically suppressed by your government and your physicians are living in fear of losing their livelihoods.
Imagine if IBM has been able to suppress chip innovation. We would have to build a laptop with vacuum tubes and use a truck to haul it around. This is the situation we are in with drugs. Innovation in electronics can completely replace drugs. The healing tool of the future will be our laptop or smartphone. It will have a database for frequency transmission that can emulate any drug. Frequency Foundation is already using technologies that detect and prevent disease before you even know you have it.
It would be an excellent idea to experiment with and gain an understanding of how to use the tuberculosis frequencies with the many Rife technologies widely available on the market. Because about 1/3 of the population has latent infections with tuberculosis organisms, you may need to eliminate a ticking time bomb that can erupt when your immune system is suppressed for any reason.
It will take a worldwide grass roots movement to eliminate XDR:TB so I am releasing the frequencies under a Creative Commons License that allows anyone to use them for non-commercial purposes with attribution.