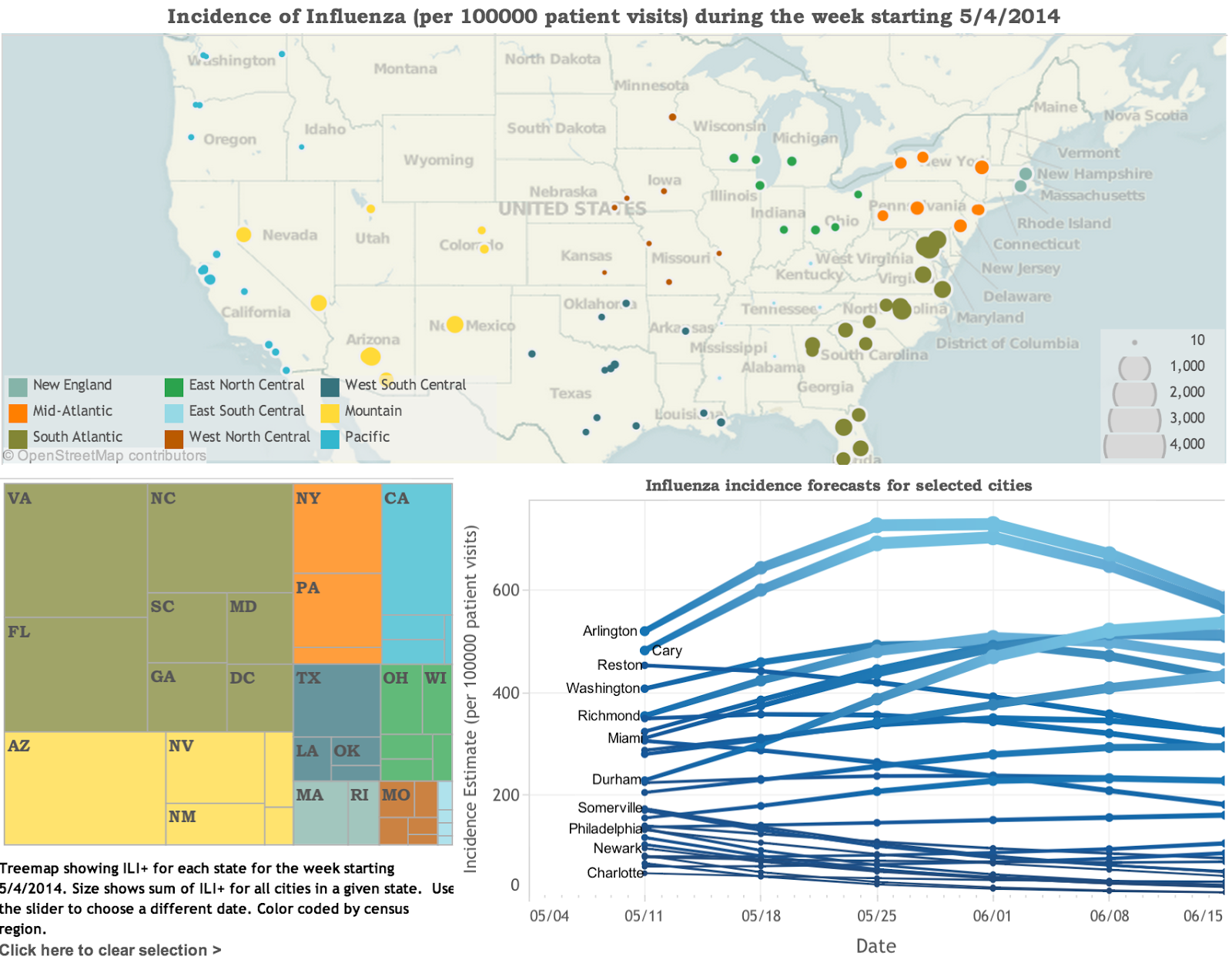 The flu circulating in the spring of 2014 has a long term persistent cough and can be quite debilitating. The flu season is lingering in many areas of the country.

Here I have included the latest programs from both Swine Flu 2014 Version 2.0 and upgraded programs for Swine Flu 2013 Version 5.0 as many people have lingering infections from last years flu that complicate Swine Flu 2014.

Watch out for coinfections from other biofilms, tuberculosis, or malaria. These in combination with the flu can be seriously debilitating and are more common than you might think due to global air travel dispersing these infections worldwide.

The new Flu Predictor has been developed at Columbia University is useful for seeing the projected trend of flu infections in your area. See Flu Predictor news.