There are 41 studies now showing flouride in water makes you stupid and damages the brains of your children. See the recent presentation  by Michael Connett and the recent Flouride conference. 17 of these studies show damage at or below levels allowed in your water supply.

This, combined with fact that the flouride put in U.S. water (and banned in most other countries) is industrial waste from China often contaminated with asbestos and heavy metals makes it a publicly authorized criminal activity. Flouride in water is not food grade and would be illegal if the FDA classified it as a drug (which it is).

You are medicated against your will (which is illegal) by a known neurological poison. The supreme court of Israel banned flouride because of this. Legal actions are beginning in the U.S..

Much of the research on flouride is being carried out by the Chinese CDC because of the severe problems they have in Chinese children. They can show a clear dose response curve for children’s lower IQ with increasing flouride exposure. 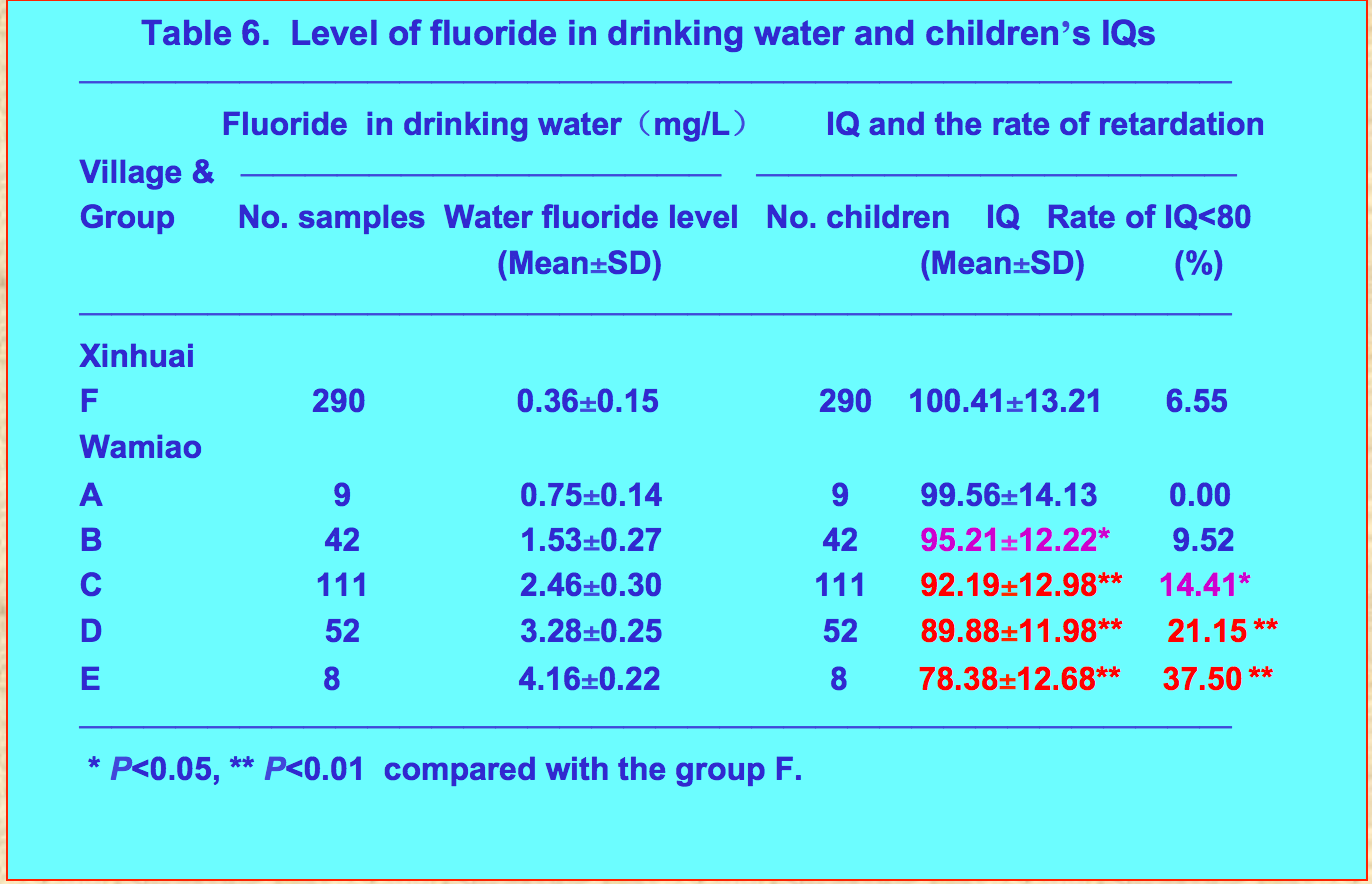 Professor Prof. Xiang Quanyong, Jiangsu Province CDC,China (quanyongxiang@sina.com.cn) showed up to a 30% reduction in children’s IQ from flouride exposure. Any sane person studying this data would take action, but apparently a lot of Americans already have damaged brains from flouride.
As a former Professor of Radiology, Biometrics and Preventive Medicine and appointed by the governor of Colorado and former Congressman and Senator Tim Wirth to Chair the Health Effects Committee for the Rocky Flats Nuclear plant years ago, I am an expert in the toxicology of hazardous chemicals and radiation and know something about the political forces that damage the health of American communities. How the scientists at CDC can tolerate their grandchildren being exposed to flouride is beyond me. I know some of them object to giving their grandchildren mercury in common vaccines, but political interests force them to keep their mouth shut. Who is it that politically gains from poisoning our children with flouride?