Madeline Drexler does a fascinating piece of work in her book, Secret Agents, on the outbreak of the West Nile Virus in New York in 1999 where it tooks weeks to find out what virus was killing birds and people. Finally, on 22 September 1999, a CDC scientist loaded samples of the virus genome into a machine that automatically sequenced the DNA strands. The next morning, he submitted strings of genetic code over the internet to the National Library of Medicine GenBank and got a hit on the West Nile Virus.

Frequencies of pathogens are related to DNA. It is a lot faster and easier to determine a frequency sequence and then search gigabytes of data in the Frequency Research Foundation database than it is to spend weeks trying to culture a virus. A pathogen can often be identified within a few minutes.

After returning from long European trip in June 2016, I woke up at night with a pain in my chest. Testing for frequencies, then scanning the database, showed I was infected with the West Nile Virus. I then tested my dog who was sleeping with me and he had obviously picked up the virus in the Massachusetts woods while I was away.

Frequencies for several strains of West Nile Virus needed to be run to clear up the dog and me. All strains with their latest updates are posted on the Frequency Foundation subscribers site.

In addition, frequencies were transmitted to eliminate mosquitos from the woods where he stayed while I was gone using the Frequency Foundation mosquito service which requires only a small fee per month.

Mosquitos transmit many pathogens that have been found in my area:

A few years ago my wife picked up a shingles infection from a mosquito bite on a houseboat in Amsterdam. I was bitten by many malaria infested mosquitos in India earlier this year. Getting rid of the mosquitos is a lot less painful than dealing with the infections.

Our research shows that every mosquito species transmits a signature pathogen into the human body and targeting that organism in the mosquito causes the mosquito to die. Our database has frequencies for hundreds of species of mosquitos, ticks, and flies gathered over the last decade with the help of many clients and fellow researchers.

Apparently, once you are infected with a mosquito’s signature pathogen it stays there for life unless removed with frequencies. Then you become a tender morsel for mosquitos with that frequency sequence. This explains why mosquitos love specific individuals.

While there is only animal West Nile Virus activity reported in Massachusetts, a client picked up a strain in Whole Foods in 2014 so there are unreported human cases. West Nile is a nasty virus so it is good to have updated frequencies on hand.
Mosquito’s transmitting West Nile Virus can be found all over the United States. This virus has been part of the lyme series since 2005 and was an important component of the swine flu which distributed it everywhere. 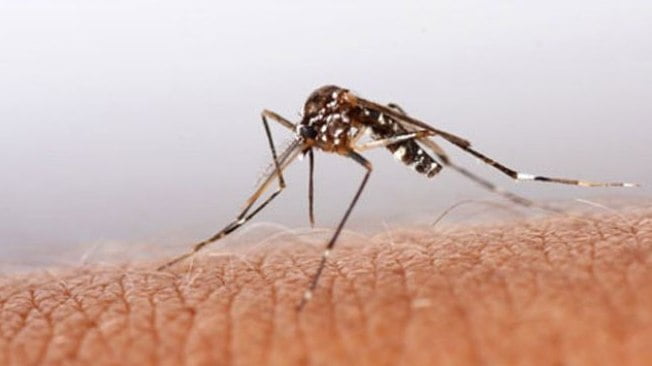 According to the Mayo Clinic, humans can become infected with West Nile after being bitten by an infected mosquito.  Mosquitoes contract the virus when they feed on infected birds. While there have been no reported human cases yet, officials recommend taking the necessary precautions to prevent the virus – such as using insect repellent outdoors, especially from dusk until dawn, and wearing long pants and long sleeved shirts.
People should also make sure their door and window screens are not broken, health officials said; and to stop mosquitoes from breeding, they should empty any standing water that might have collected in garden pots, pools or trash.
Frequency Research Foundation Mosquito Research Program
For the past decade fellow researchers have worked with the Frequency Research Foundation to identify frequencies that will make over 150 species of mosquitos go away, including those mosquitos carrying the West Nile Virus.
Specific areas can be targeted for a small monthly fee. Contact info@frequencyresearch.com
Previous West Nile Virus Experience
A client fell down three times in one week incurring some serious scrapes and brushes. Photoanalysis showed she had mosquito frequencies. The specific species of mosquito was targeted for removal of material injected by the mosquito and removal of the mosquito species from the area around her home.
A hadoscan showed low energy spots in her body from the mosquito frequencies and particularly along her spine. West Nile Virus can become a neurological infection which would explain the falling episodes.

Following application of the mosquito frequencies, an unidentified virus in the Lyme program set was discovered. Suspecting that this might be West Nile Virus, an electron microscope photo of the virus was analysed. An exact match was confirmed.

Another client thought he was dying. Application of these frequencies for 12 hours brought him back to normal.