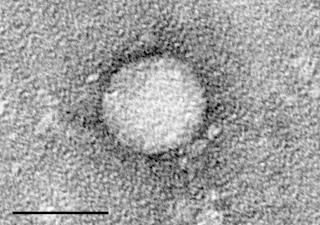 The swine flu virus complex circulated many viruses and bacteria including Hepatitis C. If you were infected with the Swine flu you may have a latent Hepatitis C infection. Frequencies for Hepatitis C are regularly updated. Always us the latest frequencies for best results.

Hepatitis C is an infectious disease caused by the hepatitis C virus (HCV) that primarily affects the liver.[1] During the initial infection people often have mild or no symptoms. Occasionally a fever, dark urine, abdominal pain, and yellow tinged skin occurs. The virus persists in the liver in about 75% to 85% of those initially infected. Early on chronic infection typically has no symptoms. Over many years however, it often leads to liver disease and occasionally cirrhosis.[2] In some cases, those with cirrhosis will develop complications such as liver failure, liver cancer, or esophageal and gastric varices.[1]

HCV is spread primarily by blood-to-blood contact associated with intravenous drug use, poorly sterilized medical equipment, needlestick injuries in healthcare, and transfusions.[2][3] Using blood screening, the risk from a transfusion is less than one per two million.[2] It may also be spread from an infected mother to her baby during birth.[2] It is not spread by superficial contact.[4] It is one of five known hepatitis viruses: A, B, C, D, and E.[5] Diagnosis is by blood testing to look for either antibodies to the virus or its RNA. Testing is recommended in all people who are at risk.[2]

There is no vaccine against hepatitis C.[2][6] Prevention includes harm reduction efforts among people who use intravenous drugs and testing donated blood.[4] Chronic infection can be cured about 90% of the time with treatments that include the medications sofosbuvir or simeprevir.[2][4] Previous to this a combination of peginterferon and ribavirin was used which had a cure rate around 50% and greater side effects. Getting access to the newer treatments however can be expensive.[4] Those who develop cirrhosis or liver cancer may require a liver transplant. Hepatitis C is the leading reason for liver transplantation, though the virus usually recurs after transplantation.[7]

Photoanalysis – How We Invented It and What Photos are Most Effective